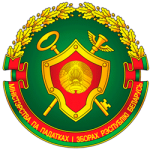 The database of the Vending machine control system (hereinafter referred to as VMCS) allows to unambiguously identify the objects of automation (the vending machine, its owner, the user of the system, etc.), and also to register their activities.
A special device, which is called Tax Authority Control System (hereinafter referred to as TACS) and embedded into the vending machine, performs transfer of data about vending machine operation into the TACS and sends information about cash funds acceptance into the system data processing center. The TACS device connects to the plug of the data bus, which runs between the cash acceptor and the control device of the vending machine, and which transmits the banknote acceptance signals. The TACS is capable of recognizing these signals and transmitting them by using a GSM module to processing center in the form of messages of specific format. The signals are very simple: vending machine startup, communication acknowledgement, receiving a banknote at a specific moment of time, disabling communication.
The system is implemented on a three-tier architecture “client—application server—DBMS server” with remote access of users to the system via the Internet.
The system comprises the following structure elements:

Hardware and technical architecture is based on hardware and software already owned by the owner, as well as networking infrastructure. The system has been implemented and prepared for commercial use in the record-breaking shortest terms. Only 9 months have passed between the start of development and the end of implementation.

For controlling agencies:
•The system has provided a unique capability to collect data on real-time cash circulation accurately, to a banknote, and to possess all the information that is necessary for control.
•A great number of wrongdoing and abuses has been detected: replacement of cash acceptors, their reprogramming in order to accept banknotes of large denomination and not give return money. Also, there were a lot of cases when clients made complaints that they had paid the money and the goods were not delivered.
For vending:
•The owners of vending machines can supervise the serviceability of vending machines in real-time mode. Previously, sometimes machines were unserviceable for many weeks, for instance, as a result of system failure or competitors unplugging the power supply cord.

Next project
Unified informational database of monitoring (supervision) authorities
Heavy-duty system of geographically-distributed online acceptance and data processing
Read more
Portal of the Social Protection Fund of the Ministry of Labor and Social Protection
Implementation of a highly-loaded software solution for multi-location structure including the data online-receiving and processing
Read more
Internet resource for keeping the register of persons with restricted access to gambling establishments
Creation of a mechanism for self-limiting access to gambling in order to protect individuals from gambling addiction
Read more
Information portal of the State Employment Agency
System engineering for online data capture and processing, for services in employment promotion sphere
Read more
Archive of e-documents for the Social Protection Fund
Automated system of e-archive management would keep records of documents entry, provide their long-term storage and search in the e-archive
Read more
Internet portal of the Belarusian Currency and Stock Exchange
Introducing a portal for participants in bidding to file applications for operations on the stock exchange
Read more
Request detailed description